We visited Blair Drummond Safari park today, which was a first experience for most of the group. We decided on arrival to stay in our vehicles and travel through the animal reserve. This is where we were lucky enough to see wild animals up close and personal. We began with Buffalos, Zebras, Antelope, Lions, Baboons, Camels and a White Rhino. It was a great way to see these dangerous animals, which roam around in their own enclosures within the park. Some were wandering around and playing with each other while others were just happy with a bit of relaxing time oblivious of our very presence. The lions were a bonus to see with all the females grouped together while the large handsome male was resting on the upper level, overseeing what was going on. We then moved from this enclosure to the next, which housed the Baboons. They were very playful with many babies running around. One in particular was trying very hard to climb up the climbing wall. After several attempts, his mother decided to give him some help. He climbed onto her back and she run up the wall to settle on the windowsill. He was such a playful little chap and the group were happy to watch him. Once we were out of the animal reserve, we parked up the vehicles and walked around to see what else was going on. We walked around for half an hour looking at Meer cats, Penguins, Sea Lions, Llamas and Mongoose before going to see the Sea Lion Show. This show was a bit disappointing as there was only one young male performing. The instructor was training him and he had limited skills to engage the audience. After our lunch, we went to the Birds of Prey show. This really engaged our group with each of the group having a chance to hold and feed a hawk while it landed on their arm. Only one person refused to do this, as he was very nervous. The others really enjoyed to experience. To finish off the afternoon we walked to the boats, which go out to Monkey Island. To do this we had to take the walkway past the Lion enclosure and the White Rhinos. There are three rhinos and it is amazing to see just how large they are. What an experience to see these wonderful creatures. The next enclosure houses the large thirty eight year old elephant. She was being was being washed and fed by her keeper, who she loves being around. We then caught the boat to Monkey Island where there are four monkeys, one male and three females. When we arrived, three of them were having a nap in their little hut while the fourth was feeding in the bushes. As soon as the boatman started the engine, again, the monkeys woke up and we managed to have a better look at them. We finished the day by having a shot on a pedalo’s and the zip slide before walking back to the vehicles passing the Giraffe’s in their enclosure. This was a very good day to stretch and challenge the group; they certainly managed to overcome some negative encounters, not only with the animals but the boats, zip lines and birds of prey. The group were taken out of their comfort zone on so many occasions and thoroughly enjoyed the experience. This was a day to remember with everyone dealing with their own confidence issues, managing negative encounters and building their self-assurance. 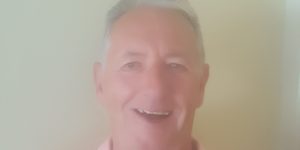 A very warm welcome to  our new Chairperson Mr David Simpson, when accepting the position he said “I am honoured and delighted to be appointed Chairperson of Perth Six Circle Project and work with such a dedicated and caring Team.” Dave has taken over this position from Gordon Hunter who has dedicated 20 years to […]