We took the group to visit the Butterfly Farm at Lasswade in Edinburgh.

Firstly, we entered the butterfly area with many different species of butterfly. They have a variety of butterflies from Asia, America and Africa flying around the room as you enter. There are also little streams running through the room in this area with turtles, terrapins, gold fish and koi carp with one koi carp weighing about 10lb. There were areas with a couple of tortoises, which needed to have lights for them to sit under to keep their temperature up. Also in this area was hanging chrysalis, which were drying out, as their wings have to dry before they hatch. There was also a huge lizard resting on his branch in a large tank. From this area, we moved through to the reptile house where there were a variety of snakes, lizards, geckos, stick insects, tarantulas and tree frogs, which were of great interest to the group. They all had fun trying to find the different creatures, as they like to hide and camouflage themselves in the undergrowth. The service users were able to read all the information that was displayed around the room and we were able to learn new facts. On to the feeding session, the handler had a jar of greens to feed the tortoise and a handful of crickets for the bearded dragon, allowing the group to touch and feed them, which they were all keen to do. It was good to see how the bearded dragon was able to see a cricket to the side or behind him, which showed how good his vision is in order to catch his food. It was nice to see the group so interested in what the handler was explaining to them. We were then shown the water area and fed the fish in the many ponds throughout the premises. Next it was the handling demonstration where the group were allowed to handle a millipede, snakes and a tarantula. The millipedes were strange to touch as they have a hard shell-like body and soft feather-like feet. We then had the opportunity to hold the snakes, which the group all wanted to do, it was great to see them all with the snakes around their necks. Lastly, it was the tarantula, which one service user did not want to hold but he felt a sense of achievement as although he did not hold the Tarantula he was able to hold everything else. The service users found the day a great way to meet the set purposes and objectives that were set. One service user mentioned that without visiting these places with the Project he would not know they were there and miss opportunities to different places. 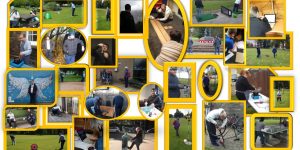 Perth Six Circle Project recognises that Covid 19 has been hard for everyone and for some it has led to depression, mental health issues and further isolation and a deep sense of loneliness.  Funding and support from the National Lottery has allowed us to continue supporting service users, albeit in a different way. Thanks to […]