We were flexible with our group times this week to allow service users the opportunity to attend a local community event.  We started the evening off by having dinner at a local restaurant, where the service users were required to order their meal at the bar, which, was an unusual and new way for them to order their meal.  Some reported anxieties with this however, after receiving support and guidance, they felt more confident to do this in their daily life.

After the meal we then visited the Norrie Millar light show which is a local event that the service users had expressed an interest in attending, with some stating they have wanted to go in the past but had no social connections to feel comfortable to attend with them.

Entering the Jurassic Park themed night was exciting and nerve-racking, we joined the other revellers and the mood became more elated.  During the event, the group naturally clustered together and this help service users who were feeling slightly anxious.  There were lots of visual and interactive productions to get involved with and plenty of photo opportunities.

Although little opportunity for conversation, due to the music, the group really indulged when the opportunity arose, providing questioning, banter and laughter!  There was plenty of hilarity when the service users encouraged a dinosaur to chase a staff member around the park!

This environment was extremely difficult for some of our service users with reassurance and support given to those who required it.  This event was both informative, interesting and engaging, which resulted in areas being viewed twice, as they were spectacular.  This was a great way for our service users to connect with their local community and helped to reduce social isolation and manage anxieties in a busy environment.  Although a very cold night the response was great with no rush to leave and feedback received was very positive with enthusiasm to attend similar events in the near future. 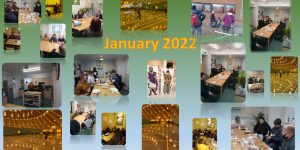 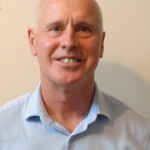