For most of March the Community Enhancement group were set the task of assembling the flat pack raised beds that were purchased for the project garden. We had a discussion in the morning about what skills would be required to carry out this task and the group identified they would be required to work as a team to build the beds successfully. The group prepared well for the first raised bed by getting all the tools and correct bits of wood ready. They then started to set the wood up and problem solve, however, this proved to be a stumbling block for some individuals as it appeared very difficult to lay out with some finding it frustrating. 30 minutes had passed when a member of the group who has low confidence and communication difficulties stepped forward and explained his thoughts to the team which solved the problem and the group were able to move on to the next stage. The first bed took 2 hours 30 minutes to assemble so we stopped for lunch and discussed our learning and how we can apply this to the next bed. The group demonstrated their learning incredibly well in the afternoon as they assembled the next bed in 45 minutes!! The following 8 raised beds were assembled over the next two weeks throwing up various other problems that were required to be solved by the group. The next step will be to fill these with plants and vegetables. 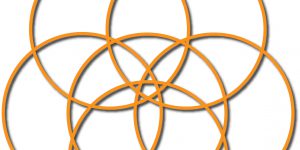 Perth Six Circle Project supports some of the most vulnerable, lonely and isolated people within our community and since the lock down began in March 2020, we are proud to say we have not only remained open but have extended our hours and days across the full week during this very challenging and unprecedented time.  […]